Members:  fill out the form on the bottom of the home page
by the 20th to add your upcoming Birthdays & Anniversaries

Our first dinner and a movie will be:
-- Duck Dynasty Dinner --

Saturday    -    February 22, 2014
Doors open 6:00 PM dinner about 7:00 PM.
Duck Dynasty episodes will be shown from
soon after  doors open  and will run all evening.
We will have raffles, games and a prize for  those with the best Duck Dynasty costume.

  YES: come as your favorite Duck Dynasty star.
  We will have raffles and Duck Dynasty games.
  Price $7.00 per person.
  Additional servings are available while supplies last.
Anybody with ideas for the Duck Dynasty Dinner let a Eagle Rider know and we will
consider your suggestions. Suggestions will be most appreciative if they are offered
before the dinner. 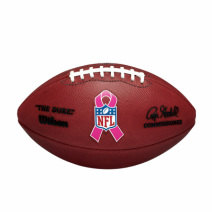 Rehearsal
for the Cast and Crew in "Titanic"

The Grand Aerie informed us that we need to make some corrections
to the By-Law changes we recently submitted.  The following sections of the
By-Laws will be read and discussed at our regular meetings on January 15,
January 29 and February 5, with the final vote to approve them at the meeting
on February 5.
Section 2.7(a) and (b)., Section 5.2(a), Section 8.1B, Section 9.9